All Channel Swimmers get some or all the same questions, all the time. This is to help with reducing the mystery somewhat.

Is it cold? This is the biggest myth. Actually it’s a little understood fact that since the mid Twentieth Century, London’s growing population has increased the heat of the Thames outflow, adding approximately 1.07 x 10^15 Joules (1.07 petajoules) of heat to the Channel Strait per 24 hour period. Combine the (completely safe) cooling outflow from the operative Dungeness Nuclear Power Station south of Folkestone with the measured 1.15° Celsius increase in ambient temperature caused by global warming leads to warm currents flowing in both directions on every tide, warming the English Channel until it is now only a degree less on average than Cannes (in the Mediterranean), though you have to swim out a mile (two kilometres before you encounter the thermocline (warm layer).

Lisa Cummins of Sandycove and Ireland is the only swimmer to ever finish at Dungeness after her record breaking four-way Solo, and the only treatment she needed to have afterwards was a brief course of Iodine to reduce any eventual possibility of thyroid cancer. 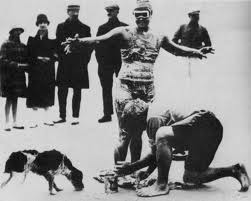 So you get covered in goose grease for the cold right? This myth is widely held due to the famous picture of Gertrude Ederle prior to her solo swim, the first Solo by a woman. However what is generally not realised by the public, is that the grease wasn’t goose grease, nor was it for cold. In fact, Ederle was actually allergic to brine (sea water) and since wetsuits hadn’t been made into a useful protection, and were disallowed anyway under Channel rules, her trainer, Nicholas Adams, decided that they would protect her from direct water contact as totally as possible, so they had the blubber from baby dolphins extracted and smeared it on to depth of 4 centimetres (2 inches). Since this didn’t help her throat though, on every feed she had to drink quarter of a litre (half a pint) of turkey fat instead of the usual 250 ml of bacon grease used as the normal swimmer’s feed. Later in life Ederle became concerned with the number of baby dolphins who had been squeezed for her swim so she went on to found both Greenpeace and the Sea Shepard Society to protect the marine environment. Dolphin grease is no longer used by brine-intolerant swimmers (who are rare anyway) and a modern industrial substitute (Channel Grease) is available in Boots Pharmacy in Dover, (which is processed from the sap of an Amazonian rain forest tree).

Can you touch the boat? Yes, but only with your feet. So you are allowed to go the toilet on the boat, but you have to do it without your hands touching anything whether the boat, ladder, ropes or another person or you will be disqualified (DQ’ed). Since this is so difficult in Force Five winds and since the Official Observer’s other function is to watch you on your toilet break to make sure the rules are followed, most people don’t risk the attempt.

How do you go to the toilet? Please. Like astronauts, we have no idea why this is such a popular question. One hundred and thirty five years of  Channel swimming history have taught swimmers a lot about dietary restrictions. For seven days prior to almost any swim over eight hours, a distance swimmer will gradually reduce all carbs, and reducing the carb-to-protein ratio by 2/10ths each day while at the same time increasing the overall protein volume and substituting carbohydrates with cellulose. By 24 hours prior to the swim, the swimmer’s intestine should stop processing the remaining carbs (there’s generally a one-day fudge-factor in there, pun intended). As a by-product the resultant bloating leads to a widely held belief that Channel Swimmer are fat, when in fact it is just a short-term distortion of the torso, except in those very rare case where the body can’t subsequently expel all the cellulose post-swim. Because this timing is so critical, starting a swim is quite a tricky business to co-ordinate with weather, as this situation can only be maintained for a maximum of 72 hours, and with the large volumes of semi-liquid fat that swimmers must consume during a swim, means that swims are often abandoned due to Digestive Transititis Mobilitis, or “Channel Tunnel Syndrome” as Channel swimmers often call the traumatic and sudden explosive end to some Channel swim attempts. I’d prefer not to discuss the nauseating details.

How much does it cost? The cost of Channel Swimming is quite complex and different, and depends on your country of origin, based as it on a 137 year old tradition. If you come from a EU country that’s a member of  the Eurozone, you are automatically eligable  for 105% refund on completion of swim, and return of certificate to your local Social Welfare office (or equivalent), excluding France. If you come from an EU country that is not a member of the Eurozone and excluding the UK, the cost of an attempt, excluding accommodation fees, is pegged through modern Sterling back the pre-decimal Sterling system of pounds, shillings and pence. It’s a complex fee structure related to weight for men, and age and weight for women. Generally, like an ounce of gold is often related to the cost of a gentleman’s good suit regardless of year, the average cost is loosely related to the local currency equivalent of four healthy fallow sows. English swimmers (not Scottish or Welsh) are 95% subsidized by other swimmer’s fees, however in order to make the books balance each season, 20% of those allowed to make the attempt must be assumed to have no real chance of lasting longer than 20% of the standard crossing time of 30 hours, as decided by the committee of the validating organisation. Scottish and Welsh people must pay a 10% premium over the previous season’s average cost to Australians. Kiwis are treated as Welsh. And Australians pay at Americans rates less 20% of the overall but must pay an extra levy of 1.7%, known colloquially as the “beer tax” which is paid separately to the Dover Free-Traders Association.  Due to the French Government’s refusal in the mid 1990s to further support Channel swimming, French people may only swim on production a passport from any other nation, on top of a final cost of 15% over Scottish and Welsh people, but excluding American passports, (as designated under the revised EU Shengen Agreement). Americans must pay twice the next most expensive fee, projected forward to the next season. Given the possibility of underpayment in these circumstances, successful American swimmer’s swims are therefore not ratified until the AGM of the year following full and final settlement of accounts. These however are only general guidelines as each swimmer may be subject to further loading or subsidy.

4 thoughts on “Regular questions about swimming the English Channel”