This is the second of a three-part series covering the features and hazards of open water swimming locations, the first of which covered the ocean.The Ocean is sufficiently complex and changeable to require its own article. I had intended in this second part to cover the remaining locations but the article was simply too long. Part Three will cover Estuaries, Quarries, Reservoirs and other man-made locations.

While the largest lakes can display most of the features of the ocean, none can truly display the same complete range. However these locations do have other challenges to the ocean. 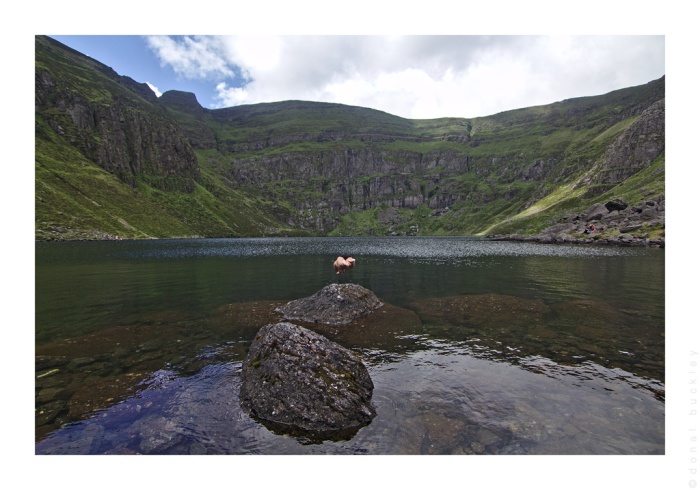 The terminology of lakes is confusing. In Newfoundland, for example, almost every lake is called a pond, whereas in Wisconsin, almost every pond is called a lake. In Scotland lakes are called lochs. In Ireland lakes are called loughs. Both are pronounced lock. To add to the confusion in Ireland and Scotland, we also have sea loughs/lochs, which are “arms” or inlets of the sea, and which may otherwise be called lagoons. Loughs range from the almost completely enclosed Lough Hyne to the much larger natural inlet  of Belfast Lough or the fjords of Killary or Carlingford.

There is no accepted definition of a lake and no single agreed feature to which you can’t readily find exceptions.

Lough Dan, in the Wicklow Mountains where Fergal Somerville holds his International Ice Mile swim, due to lower temperatures than the nearby sea. 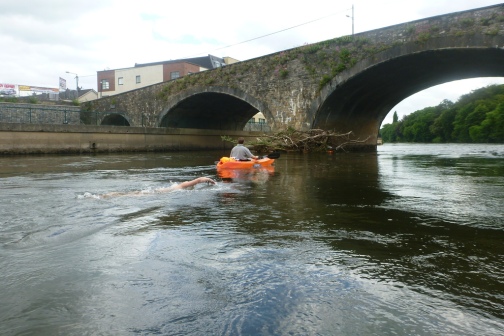 Approaching a bridge. Suddenly shallow on the far side.

River are generally natural freshwater streams flowing in a natural channel which may be permanent or impermanent. But because there really isn’t enough confusion with lakes above, the Kenmare River in Ireland isn’t a freshwater river but rather a large sea bay. We use a lot of different words in English for rivers depending on their size and location.

11 thoughts on “How To: Understand the Features and Hazards of the Different Types of Open Water Swimming Locations – II – Lakes and Rivers”