But in some ways, I’ve dodged the question of asking how is cold water swimming defined, in part because it’s subjective and in part because who am I to define your experience. Cold differs with location and exposure and experience. Defining cold is akin to simply asking you to imagine the colour blue. The range of shades is too wide for us to both be thinking of the same hue. In the same fashion, most of us will know and agree if we are looking at the same colour, (apart from colour-blindness or some disagreement over what is blue or green). Cold is the blue-green of the open water swimming world.

To the complications of weather and climate and local effects outlined in the first part, we can add the incredible adaptive power of humans to different ambient conditions. Therefore we are met with a huge variety of subjective assessments of the season and often incompatible perceptions of what is cold or not.

This shouldn’t stop us asking what is cold water swimming, rather it should more readily prompt us to consider it. 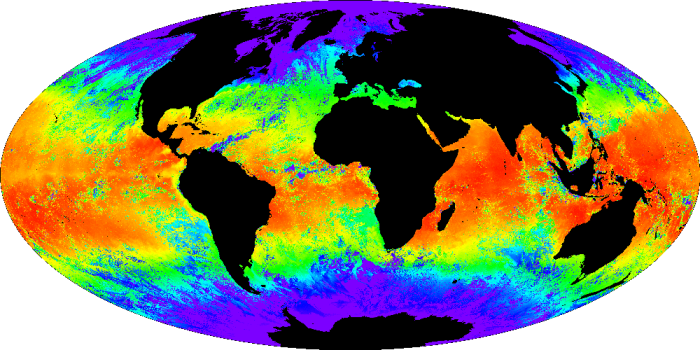 Swimming pools are commonly in the range from 28 degrees (for racing) to 29.5 degrees Celsius. Thirty degrees and above is considered too warm for comfortable swimming by virtually all swimmers.

Triathletes use a standard measurement of 24 degrees Celsius / 75 degrees Fahrenheit as the temperature up to which they are allowed to wear wet-suits. By that standard, 24 degrees is the upper limit of cold water. But this article is not about triathletes.

After the cold water immersion studies carried out in the 70’s carried out by Irishman Surgeon Rear Admiral Frank Golden and his UK colleague Mike Tipton, the University of Portsmouth group used 18 degrees Celsius/ 64.4 degrees Fahrenheit as the temperature below which they considered the water cold.

This temperature is what they used as a baseline for onset of hypothermia and survival techniques in cold water. This could feasibly allow us to use eighteen degrees as the standard for defining cold water for swimmers around the world. But this standard was not defined for swimmers. It was for sudden immersion of non-acclimated persons from marine craft, and did not include the immersed person swimming to generate warmth and delay onset of hypothermia (as many people who are cast overboard can’t swim).

Instead of using it as a good standard for cold water swimming, it’s better to say 18 degrees is a good, and very accepting definition of cool water. By this we define cool water as being water that will cause someone a momentary gasp if they are not used to it but will still be quite comfortable for people to swim in once over the initial shock. This cold water shock is caused only by lack of habituation (the experience of getting into cool or cold water, which can be trained in as little as five or six immersions, resulting in a 20% reduction in initial breathing frequency). A swimmer from a hot climate will experience cold shock and resultant hyperventilation at 18 degrees, but once this has passed within a minute, will nonetheless still be able to swim comfortably.

It seems that the question of defining cold water as regards to open water swimmers should refer to swimmers with some degree of experience and acclimatization. If this is the case, then we can, much to the chagrin of some of my readers in Australia, the Mediterranean, Brazil and the South Seas use 18 degrees as the upper limit of what could be considered cold. (I am reminded of a comment on this blog some years ago from a reader in the Philippines that locals there considered water of 21 degrees as too cold).

The reason we don’t usually define cold water is because of subjectivity.

Most people are aware that their experience is not everyone’s experience, their skill is not everyone’s skill. But there is a substantial contingent of people in any discussion who seem to believe that their personal anecdote must hold true for everyone else. The plural of anecdote is not data or facts. Think of this as the “I have no problem with corporal punishment, I was soundly thrashed a few times when I was a child and it did me no harm” argument. Motives may be suspect. In cold water terms the analogy is that if the water here is five or six degrees in winter, and it hasn’t yet killed me but the coldest you’ve experienced is 18 degrees, then you are morally suspect by not wanting to swim in the same temperatures as me. I don’t buy this rationale.

I have no doubt that cold water is enervating. I have no doubt that it can provide a substantial psychological boost and is even physiologically beneficial. But I don’t believe I gain some kind of moral victory that makes me a better person because I swim in it and find this type of self-congratulation by certain members of the extreme cold water swimming community quite nauseating.

What I do think, is that because someone with some experience in cold water knows therefore a bit more about cold than someone with little or no experience of water under 24 or 18 degrees. This should be implicit. You can’t be a cook without doing some cooking, I guess.

Having reached eighteen degrees as an entry, we can next look qualification swim requirements. The English Channel solo qualification swim in six hours under 16 degrees. The long history of English Channel swimming has led to this requirement, (which was only introduced in the 1990’s). Discussion of the sufficiency of this requirement for a solo attempt is not my concern, rather than the fact of using 16. It is felt that this is a good time and temperature combination to give the swimmer an idea of the requirements.

Swimmers from warmer climes like the US or Australia often have problems just finding a suitable temperature location but other arguments aside, there is no move to have this figure either raised or lowered. Being able to achieve this qualification swim far from guarantees that a swimmer is capable of an English Channel swim, but does indicate that in the considerable experience of the world’s most famous marathon swim, the de facto conclusion is that it is possible from an acclimatized swimmer to swim for six hours in sixteen degree water.

Staying briefly in Dover, the local Channel training swims don’t start until the water reaches 12º Celsius in May (the Channel is warmer than Ireland), as Freda Streeter, the driving force behind the swims and the world’s most successful English Channel coach, considers water below 12º Celsius to be too fraught with possibilities of injury.

This progression through lower temperatures doesn’t really get us to a widely accepted definition for cold water swimming. Do we use the North Channel’s qualification swim temperature? What about 10 degrees Celsius, where muscle force is reduced by 25%? (Yes, cold water makes you swim slower). What about 4 degrees, where water is at it’s most dense? All these are used by various groups to define their cold water as the best, the toughest, the most valid. Should we use the often incorrect hypothermia and exposure charts, which are not measuring exposure for acclimated swimmers?

All these figures can give us a very vague guideline:

Regardless of how I try to refine this scale, it is not possible and arbitrary. Is 9 degrees very cold or cold? Is 6 degrees very very cold or extremely cold? How can you categorise 1ºC in the same group as 10ºC? Where does -1 to +1º C fall? External dangers, semantics and personal experience make such type of categorisation impossible.

Really the best solution is to measure the water and air temperature you are swimming in, and define that according to your own personal tolerance. If 9 degrees is very cold for you (and it really is for the huge majority of even experienced open water swimming), then it’s very cold. End of story. But that won’t stop people asking me or others for some kind of definition. Broadly accepted definitions are also necessary to facilitate some commonality of reference for future discussion, and for many people, a yardstick is needed to measure progression and assist in motivation.

What my position here does is set out some context and rationale, and eliminate the higher temperatures used by less experienced swimmers and triathletes from consideration.

I propose that there are various ways of assessing cold water, depending on experience and location.

Having set up a range of possibilities for categorising cold water, instead I’m putting forward a method used by some experienced open water swimmers to define cold water. This experiential guideline has some significant advantages over a fixed number or scale.

2. Recognition that local air temperatures has an impact.

3. Allows a range of experiences without imposing a strict number dictated by few people.

This rule-of-thumb (which isn’t a rule, but a guideline) is used by a number of cold water swimmers in Ireland, the UK and San Francisco.

Here it’s the Combined 20ºC Guideline. In San Francisco, (which can legitimately claim to be the largest pod of cold water swimmers in the world), the American equivalent is Combined 100. (Because Fahrenheit)

What this means is that if you add the air and water temperature and added together and come to less than twenty degrees Celsius, then it is cold water swimming.

Since 10 degrees Celsius is almost 50 degrees Fahrenheit, you can see how the two align.

This rule of thumb is not perfect, but to my mind it is the very flexibility of the rule that makes it so useful, and therefore legitimate as guideline.

Water rises to ten degrees typically in Ireland in late April or early May. There will be a few weeks where it wobbles, occasionally dropping back under 10 C. Average daily temperatures though is in the low teens. But if the water is below 10 and the air is at the low-end of the normal range, then it’s possible that even in May, you will be cold water swimming.

At the other end of the open water season, the air temperature in October is also 11 degrees, with the water around the same or even at 12 degrees, so it’s possible, even likely that you not cold water swimming in October. (Experienced Irish open water swimmers tend to consider October still quite nice and comfortable).

One could experience water of 4 degrees and air of 17 degrees (though not in Ireland or the UK I think) and not be considered cold water swimming, but no one is going to argue that 4 or 5 degrees isn’t cold water, regardless of air or combined temperature.

It is the flexibility and multi-factor input of this rule-of-thumb that allows us to specify a broader and more inclusive definition of cold water swimming, regardless of geographical location or personal preference. By using such a commonly accepted guideline we can figure out broadly what temperature swimmer we are, what kind of swimmer we are not, and share a common description of cold and the experience of cold water swimming, if not necessarily a definition.

16 thoughts on “What Is Cold Water Swimming? Part 2 – The Open Water Swimmer’s Rule of Thumb – When Is The Water Too Cold?”