“Loneswimmer is a brand now“, my buddy and two-way English Channel and Double Round Manhattan swimmer Lisa (Cummins) said to me one day and not as much alcohol or hypothermia as you would guess was involved.

Now let’s get this out the way. Having Lisa as friend is a bit of trial. You go through your life, people at the Guill think you’re hardcore, you are “the Iron Man of The Copper Coast”, the “real MetalMan”… (Because there’s a navigation statue called the Metal Man after a local marine tragedy. Keep up!) because you swam a few swims, a couple of Channels and things. And when I say you, I mean me. Not you. Then one day Lisa comes over and goes swimming with you (me, see how that works?). And you make the mistake of introducing her. And there goes your (my) reputation in one minute.

And from then on it’s;  “you only swam one way? You didn’t even tumble-turn off France! When is Lisa coming back? She seems nice. And what about Finbarr? When is he coming back? We liked him.” As if being nice and talented and likable world-renowned swimmers is cool.

Anyway, back to the brand thing.

So I tried getting my wife to address me as THE LONESWIMMER. But she gracefully demurred. I tried dropping the THE. Still no joy.  I told her that I would use THE as my first name if it was easier for her, because we are an equal marriage, but she couldn’t hear me from upstairs in the shower. My kids called me an embarrassing clown but they had been doing that beforehand so I’m not sure that’s indicative of anything except our close relationship. Work wouldn’t let me change my ID card or reshoot it with me wearing Speedoes. I did the photo shoot at my expense and everything but they wouldn’t let me add the access codes to the A4-size card I had made up. So I put it aside. (The idea that is. The A4 size ID card is here on my desk in front of me). I’ll try again when I retire. I’m a long distance swimmer, I’m here for the long haul. (Yeah, yeah, even if not quite as long as Lisa. Screw you). Maybe by that time I have a whole new circle of acolytes at the Guill and Lisa and Finbarr will have moved further away.

Nonetheless the seed was planted, the bottle cast forth on the main, so to speak. As indeed that is how I expatiate.

I was a brand! How would I celebrate? I’ll get a tattoo! Everyone has tattoos now. I’m pretty sure I saw an eight year old with a Thug Life tattoo in the Tadpoles group in the pool the other day.

But then I thought, wouldn’t that be just like those people who get their own names tattooed on themselves?  In case they forget their name or are involved in a situation that will at some point be the inspiration for an episode of Law & Order? I dunno. Actually it would be worse, for I would also be like people who get professional sports teams or Apple logos tattooed on themselves. I would essentially be… Branding a Brand! So that would be a double crime against both taste and stuff.

And then it came to me. Like those people who think by wearing an Apple logo, they are all individual and original and creative, you all could wear Loneswimmer as a brand. I would be the brand, on you!

Now as long time readers will know (and if you are not a long time reader, now is the time to start!), I have all my best ideas while swimming. I go forth to swim, bereft of ideas and return from the deep with inspiration oozing from me, virtually spurting forth in great discharging arcs. That’s an inspirational metaphor, isn’t it? And who says I don’t do inspiration.

Strangely, this magnificent brainchild did not happen while swimming but while I was emptying the compost. As I leaned over to disgorge the house bin into the main garden compost, the subtle aroma wafted upwards and hit me in the sinuses. Exactly like water of six degrees hits it (them? Is there one sinus, or are there two? Are they joined up like tonsils? Are tonsils joined up? What about the dangly bit at the back of your throat?).

As my eyes watered and I struggled to stay upright, I thought, as one dos, what one really needs in these circumstances is someone else to do this rubbish (literally, see what I did there) for one so there are no circumstances like these again. But if one’s family have all already rejected that suggestion just because one asked them to use THE as one’s new first name, then the next obvious course is to at least look good doing it. generally speaking.

Now, as the one true Prophet of the worldwide religion of cold water swimming, sometimes a blog post gets out of control and one must struggle to get it back to the point, much as this sentence got out of my grasp and I lost what I was intending to say once I got to the end of the first clause, but didn’t want to waste the link.

And so, my epiphany is realised. Loneswimmer.com has since that fateful and inspiration day worked with some of the world’s thinnest designers to actualise and launch a new range of post cold water wear that will surely in its time be appreciated as a transformative new style that will rival matching sportswear sets and pajamas as outside wear. Surely the early items in this range will come to be seen not just as icons of stylelee, but eminently practical and much sought after.

Nothing says warmth against clammy cold skin quite like wool and we have , secured a supply of the best Irish ram’s fleeces, shorn at the (metaphorical) height of an Irish winter when its tough properties are at their most pronounced. Considering the intended target audience, we have eschewed any post-processing  and the wool items in the range will therefore provide the additonal function of pre-greasing the swimmer with its natural organic lanolin. No silicon or petroleum-derived products, you can wear your environmental credentials in more ways than the Sunday Supplement Reader Set have ever imagined.

And so I give you The LoneSwimmer Cold Water Swimmer Post-Swim Range. ™. Available from the IISA website.

One of the core items in the range, this pre- and post- cold water swim jacket is for those people who aren’t yet International Ice Swimming Association swimmers, to allow them to feel and look like Ice Mile Swimmers until they gain the requisite additional eight stone weight. 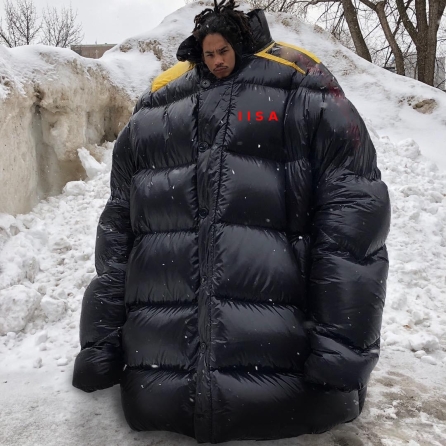 Designed to compliment the skin hues of Northern Europeans, the originators of cold water swimming, this sweater (jumper to non-Americans) is comfortable and practical and yet designed with the cold water racer in mind.

You can stay warm before a swim, and yet one fluid move be ready to race. Afterwards you can simply step into it, pull it up and be instantly rewarming. 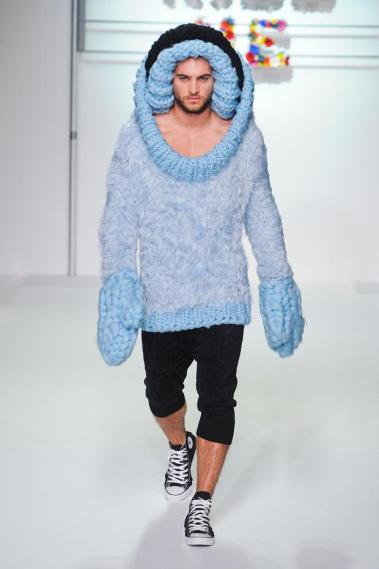 Cold water swimming is a part of daily routine for many people. This understated sweater subtley says “I do this all the time, I don’t even think it’s a big deal“,

but with a certain je ne saois quoi that places practiality ahead of elegance. Wear alone or as part of a functional layering system.

As part of the pre-planning for this world event, my biggest fans, the afore-mentioned International Ice Swimming Association, asked me to design an item in their signature colour just for Association Swimmers to help launch their new “Since Ice Swimming is already stupid, let’s start doing it in a pool now, so people don’t even have to have any open water experience” initiativ, bringing their world full-circle and finally eliminating any remaining requirement, except being fat. And I added a dress.

Not everyone can be a cold water monster. We are all on a learning curve and to foster and encourage our wetsuit-wearing brethern we are launching a special item just for them,

which epitomises both their joie de vivre and joie de l’océan.This item will be specially priced. 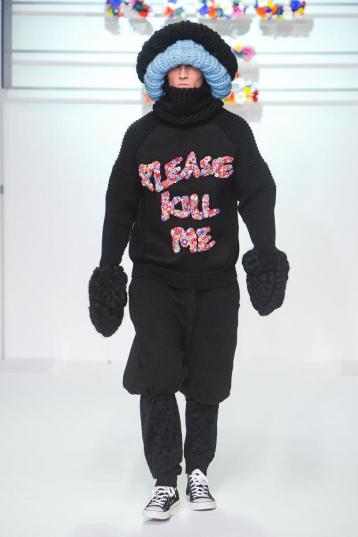